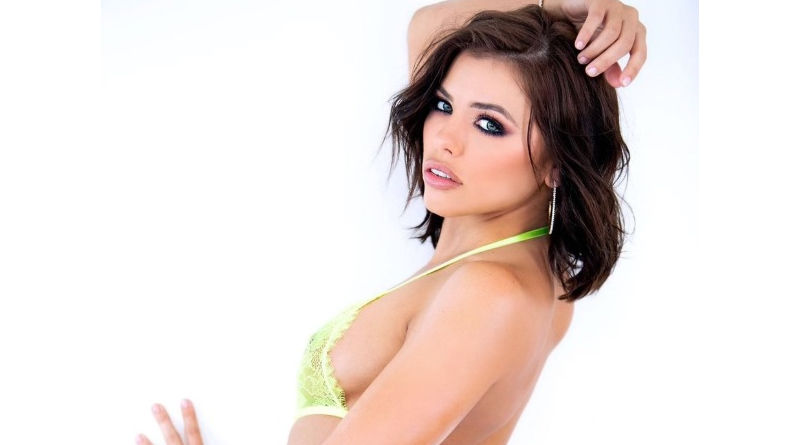 I started last week with a mission.

I decided to stalk her for a week to find out. Add Adriana to Snap then read on to get a better look at one of the baddest stars in LA…

Day one, I assemble my stalking resources.

She has a premium Snapchat account which you can get on a free trial right now and a safe for work promo account, both of which you can find on FanCentro.

Are these the actions of porn’s nastiest girl? Is it possible you can be this sweet and also wear this particular crown?

Either way, anyone who takes time out to help a friend rescue their dog is a bit of a hero

Day two into my Adriana stalk. Things are quiet on her free Snapchat but I know the good stuff will be reserved for premium anyway. However, her Twitter feed is alive and well

135 guys reply and most of them ask for a opportunity to apply. The replies go on and on.

Day Three – What’s a good catchphrase for me?

She looks at her toys with obvious desire, and each orgasm she has seems to completely wash over her. And by wash, I mean that literally. This girl squirts every time, drenching herself and her co-star in it.

I watch the video carefully a few times before getting back to the business of stalking.

Adriana asks her followers what would be a sexy catchphrase for her to use. The answers range from the brilliant to the bizarre, but loads of people get involved with their suggestions

Popping over to Instagram and the feeling changes completely. Adriana slays in a black swimsuit and silver heels with vampy make up, a vision of confidence and glamour.

She allows herself to be gangbanged by three hung guys, gagging and choking on their cocks before the main event where she takes all three inside her asshole.

Adriana warns her viewers she might not manage it, but she does. It all seems so rough and Adriana seems to just want more and more of it. She begs several times for more, so eager to keep experiencing all three

Emma is another superstar with 175k followers on Twitter and Twisty’s Treat of the month for June. But when you have respect in the industry like Adriana does, you have the whole world at your feet

This has absolutely not been the route Adriana has taken.

A gif of Riley tonguing Adriana while she visibly sighs with pleasure is a more intimate scene than I’ve seen before from Adriana. It makes me curious if porn’s nastiest girl has a softer side when it comes to the ladies

Sometimes it seems soft and sweet, sometimes it’s dominant, but more than anything it’s dirty. She seems to be the queen of the camera side-eye when she’s about to do something truly nasty. A look that says ‘this is going to shock you’.

It’s so enjoyable to watch and as day six closes I’ve really enjoyed my seven day exploration. Tomorrow is the last day of my Adriana Chechik stalk.

It’s not just me who thinks so.

She has the love and respect of her fans and costars as the dirtiest star and a real limit pusher. My week comes to a close with Adriana offering rides to medical check-ups and planned parenthood to other performers, just to help them out.

Do you love Adriana Chechik too? Feel free to fanboy / girl it up in the comments.