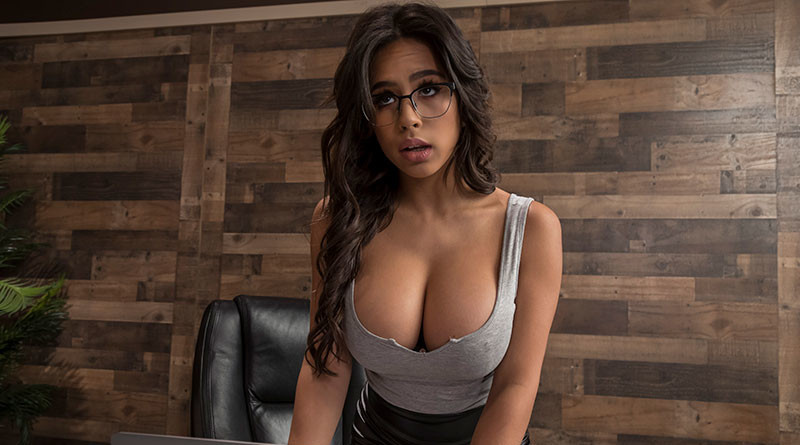 Unsurprisingly, she’s been nominated for the 2020 AVN award for hottest newcomer too.

I would be happy to bet on her bringing that award home.

Like many LA girls, Autumn maintains an active Twitter and a popular Instagram account too. She’s worked with some of the most famous girls in the industry already, including Angela White and Riley Reid.

Autumn Falls is the cover girl for the FanCityX big tits Snapchat guide, which is worth a read if you’re into big boobs and want to add some busty girls to Snapchat.

She has the biggest boobs in the room, and the other two girls can’t keep her eyes off her.

It seems like she’s making lots of good friends in LA.

And it’s not just friends Autumn Falls has made in LA.

Male Performer Of The Year

While relationships in LA can be fleeting, I hope these two have a great 2020. I’m looking forward to seeing what the future holds for them.