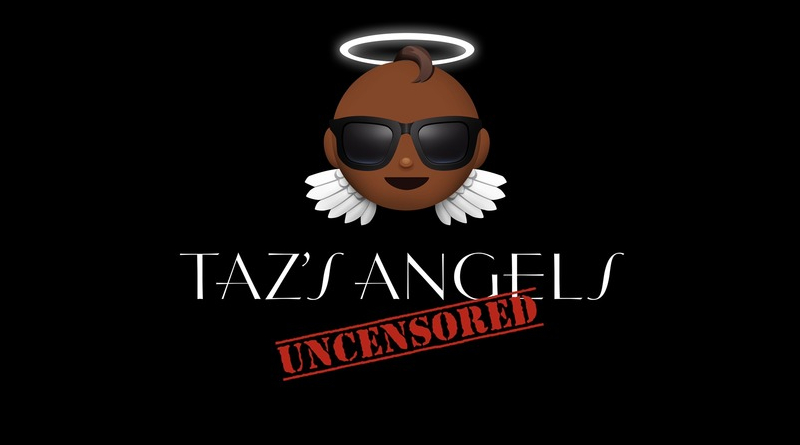 He describes himself as ‘the black Hugh Hefner’, an ex music producer living big in a mansion in Miami with his gorgeous girlfriends.

Today his premium Snapchat got so many subscribers, he couldn’t add them fast enough. It seems lots of people want an exclusive look at one of the most notorious lifestyles in America.

The Tazs Angel house and the lives of his elite companions have been the subject of controversy, media attention and scandal and yet many of the rumours are unconfirmed. Here is what can be said for sure.

The Angels are desirable bad bitches

Rumours are that Taz’s Angels are escorts to the rich and famous and that Taz is one of the most high profile pimps in America. Website Rolling Out reported that he previously hooked one of his Angels up with rapper Tyga on a party trip to France.

We’re sure that was an amazing night! A quick look at their Insta shows the girls and Taz attend all the best parties in Miami although they will often travel, hosting their own parties and events.

These girls are so beautiful, maybe because keeping fit is one of the requirements to stay in the house. With all of the dancing and crazy parties it probably isn’t too difficult.

Taz’s Angels are super connected to their fans

As well as breaking Snapchat with the weight of their popularity, the Angels have a huge Instagram with over 900k followers.

They answer fans and shout out girls who want a shot at being Taz’s next Angel because they seem to genuinely want to support their fans.

The Taz’s Angel motto is Bad Bitches Link Up, and they seem to be doing just that. Their fans and supporters are affectionately known as Rydaz.

Taz and his Angels are in a polygamous relationship

The girls call each other sister wives because they are all in a relationship with Taz. They are happy to share and talk about their polygamous lifestyle too, which you can see on their Instagram.

We can only imagine the kind of amazing content you can expect on the Tazs Angel’s Uncensored Snapchat. We’re sure it will be like stepping into a world you’ve only dreamed of because who hasn’t dreamed of having a life of parties, wealth and fun.

Be a part of the Tazs Angel’s Snapchat and get a real look at the extravagant lifestyle of the man himself and his sister wives. Join here now

Taz’s Angels are not the only ones who indulge in alternative sexual lifestyles.