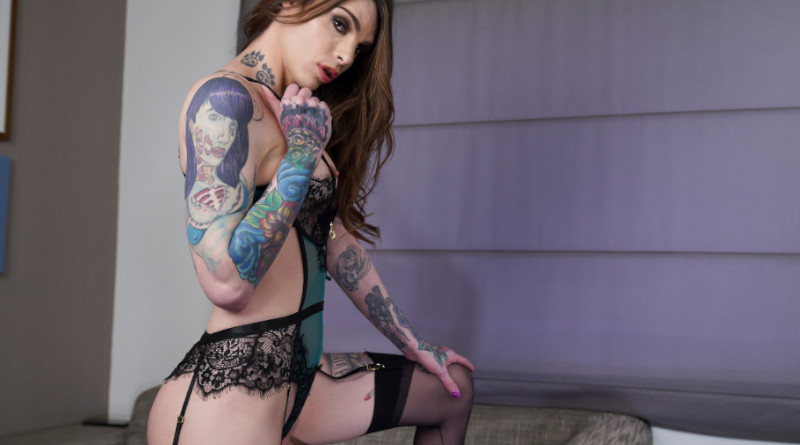 This is a starter pack of ten of the hottest tranny Twitter users to follow. I’ve also included three trans promotional accounts, which retweet nudes and clips, usually direct from the creator. If these ten models aren’t enough for you, you’ll find endless t-girls to follow by following the promoters. All of these accounts are free to follow, and all of them tweet nudes or lewds.

Enjoy, and remember to show love by buying content when you can.

Emma tweets video updates, as well as full nudes and clips. She retweets fan art and loves on her fans loads. Definitely a must add.

Another up and coming star, she’s gorgeous and who wouldn’t want to see more of her?

The Bailey Jay Twitter has 287k followers and it’s not surprising – this Trans star has huge boobs and a huge fat cock. She’s the most followed tranny Twitter user on this list. You’ll see everything on Twitter too, this isn’t a shy amateur girl.

One of the things I love about Bailey Jay is she has really quirky, sexy style. Another must follow.

This cute nerdy girl loves to tweet about geek culture and show off her amazing ass. She’s even got her own podcast.

You’ll find her on this Trans on OnlyFans article, which if you love tranny performers you should absolutely check out.

Hannah is just a regular girl, with a little something extra. Expect dick pics, boobs pics, and lots of fun.

Don’t think the cuteness ends with the gorgeous face and big brown eyes. This tranny Twitter user also does fund raising for charity and promotes other trans performers too.

You’ll also get an insight in to her life. Chanel is big on self love (not just the physical kind) and this star will lift you up with her positive outlook and authentic tweets.

This cutey is in the top 0.33% of OnlyFans users and her Twitter is incredibly hot. She looks amazing in nearly no make up and lingerie.

As a bonus, she’s always promoting other amateur trans girls, so you’ll get their hot content on your feed as well.

Sexy Domino is an OnlyFans and ManyVids creative who has a sleek, pin up style.

One of the top ten creators on ManyVids, this girl will turn you on with her sexy tweets and previews.

Jocko just wants to meet a nice girl with a dick. While he waits, he tweets and promotes trans performers.

This account has tons of followers and even a quick scroll will show you why. Expect a huge variety of tranny performers with plenty of asian shemales.