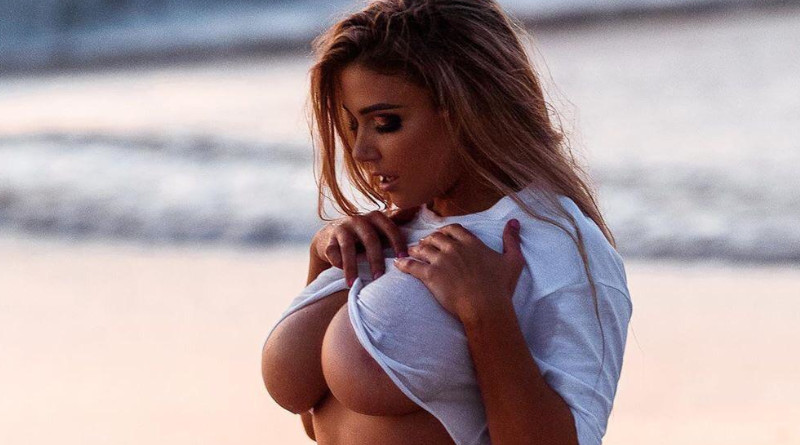 As the sexy social network grows, more and more celebrities are getting themselves OnlyFans accounts to share their private videos and connect with their fans.

Here are ten celebrities on OnlyFans. I have excluded girls who got very famous from shooting adult content for studios. These girls are celebrities who got famous in some other way.

You will get a closer experience than any free social media platform and you can often message the celebs and get replies.

I’ve included the number of photos and videos in each account, but new content gets added on OnlyFans all the time.

Jem Wolfie got her first taste of online fame when she started a vegan treat business. After orders went crazy on Facebook, Jem wondered how else she could make money from social media.

Similar to Alva Jay, after posting some work out videos on YouTube and getting heaps of followers, she noticed the majority of her fans were men. The jump from there to OnlyFans was a natural progression.

The CEO of OnlyFans Tim Wolfe confirmed she was the number one creator in late 2019 after a few months of being on the platform.

The influencer has been targetted by trolls and feels influencers are more respected in LA than they are in her home country of Australia.

Despite the controversy, the reported $30,000 a day salary from OnlyFans subscriptions shows the love from her fans is all that matters.

Looking through her Instagram, it’s not surprising her magazine quality images and flawless looks have won many fans.

Molly has won runway modelling contests and her YouTube channel that started last year has received a run away amount of attention and followers.

As well as being a social media personality and musical artist, Kkvsh is famous for her amazing tongue.

In her biography, she explains she was born in Palm Beach, Florida. She started off as ‘just a poet’ and then realized that her fans were fascinated by her tongue. Kkvsh has leaned into it, calling herself a tongue Goddess.

‘The girl with the tongue’ produces amazing tease tongue content and as a bonus, can twerk up an absolute storm.

With 3 million followers on Insta and Phfame as a name, this celebrity on OnlyFans was always going to make the list.

An Afro Latina from The Bronx, she began posting on her Instagram in 2014. Since then, she’s worked with several big name brands as an influencer.

Raychial has been a controversial model for years, earning high profile interviews and attention from tabloid newspapers for her impossible curves.

The Daily Star claimed Raychial’s booty defies logic. Her hourglass figure seems unreal and as a result, Raychial has to field a lot of questions about her incredible peach.

Lots of people claim she photoshops her pictures, or that she’s had enhancement surgery. Either way, she’s on the verge of a million followers on Insta. Her thousands of followers on OnlyFans love her Jessica Rabbit figure.

With over 1 million followers on Instagram, this model and influencer has a non-nude OnlyFans to show the content that doesn’t make it to Insta. Expect fun and sexy content and chats whenever if you subscribe.

According to FamousBirthdays.com, Lilliana Hearts was the muse for hip hop artist The Flight Captain. He wrote and released a track named after her in 2017.

Maliah Michel has made an amazing career as a dancer over a number of years.

According to The Frisky, Maliah grew up in a low-income household and always knew she wanted to be a stripper. She got her big break when she appeared in the music video ‘Find Your Love’ with Drake. Drake even went on to shout her out in one of his other songs.

From there, she got featured in lots of magazines as a model and dated other famous people. A regular in gossip magazines and TMZ, Miliah is used to the limelight.

Another celebrity with a top-rated OnlyFans, 23-year-old Anne Moore got famous for her sexual comedy skits on social media.

Her videos have including cracking eggs with her cleavage and body painting her body to look like an ice cream cone.

The Daily Star recently reported that this celeb is often recognized in public. Her fans shake their boobs at her as a way to say hello. The boob bouncing girl has even more to share on OnlyFans.

Reality TV can kick start a career or resurrect a stalling one. Megan Barton Hanson, from Essex UK was on Love Island in 2018 and has been a popular face in gossip magazines and tabloid newspapers ever since.

Everyone thought Megan Barton Hanson had quit OnlyFans, but since the start of the 2020 lockdown, she has reactivated her account.

Megan has over a million Instagram followers and has dated millionaires, as well as her fellow Love Island co-star Wes Nelson.

The final celebrity on OnlyFans, Jada Amor is a fashion and lingerie model.

As well as lingerie shots, her Insta includes street fashion and casual wear too. Her clothing hauls on YouTube have attracted thousands of followers. She also has a popular personal subreddit.

I hope you enjoyed these celebrity OnlyFans. Let us know in the comments if you’ve joined up. Which celeb is your favorite?